You are here: Home » Engines for all applications » Global solutions

Eneria is involved in the newest projects in all areas, thus developing a complete portfolio of works and accumulating experience in a wide range of technical solutions that are tested in practice. Full exploitation of the technical capabilities of the equipment increases the efficiency and competitiveness of your investment.

The system has the efficiency and high compression ratio of the diesel engine, while the use of natural gas as fuel brings the reduction of the operating costs and lower emissions.

The normal proportion is of 70% natural gas and 30% diesel fuel depending on the application and the type of engine.

Terra Nova is the first Romanian product after 24 years of inactivity in rail field. It is a heavy shunting and freight locomotive, versatile, designed to be used on narrow to medium gauge, up to large railways, into most countries in the world.

Following the technical studies and analyses made by Eneria’s specialists, Mr. Marian Preda – Project Manager and Mr. Radu Jurca –Sales Manager together with technical team of Caterpillar OEM Solutions, they built an innovative solution, namely reaching the same traction power regardless the locomotive is running with one or two engines. The technical challenge consisted in realizing a dual control system for two power units integrated on the locomotive, in synchronizing the speed of the two transmissions in different speed gears, one driving forward, the other one in reverse. Another key element was linking the control system of the locomotive and four electronic control modules (ECMs) of the two power units.

An important feature is CAT TR43 transmissions versatility, they being used for a wide range of power engines rated from 450 to 630 hp. Terra Nova is a future locomotive, the Caterpillar power trains providing an outstanding reliability, high traction performances, safety in operation, complying in the same time to Stage IIIB emissions, the NOx level being very low. On May 20th, 2014 at Craiova, with the occasion of launching the new locomotive, Mr. Allen Helton – Division Manager Caterpillar OEM Solutions stated: “It is a very important project for Caterpillar and to be part to the revitalization of the locomotive business for this facility. With this locomotive we are introducing new technologies into the marketplace into the way the shunting locomotives are running. The locomotive engine is very reliable, efficient and environmentally friendly.

We are interested in improving the quality of life, in improving the country’s infrastructure and in helping the environment with fewer toxic emissions”. The locomotive is to be exposed within the biggest international rail Fair InnoTrans, held on September 2014 in Berlin.

top
Request informationSend us an email 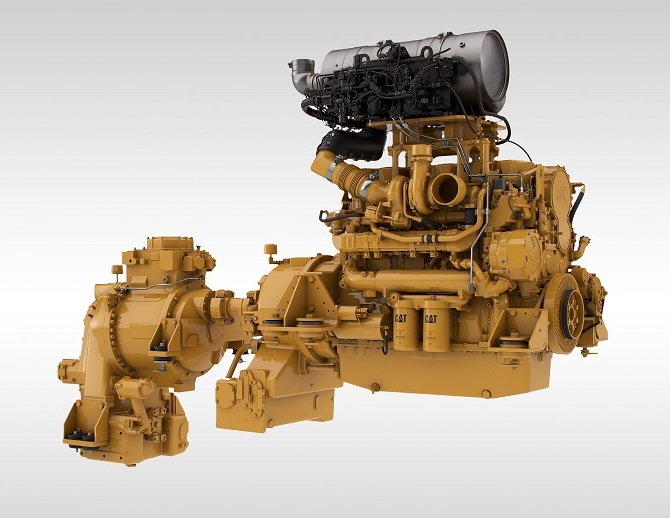 Gestionează consimțământul pentru cookie-uri
BERGERAT MONNOYEUR SRL, as the data controller, processes your navigation personal data by using cookies on this Website. The use of such cookies is meant to (i) improve your online experience by identifying you whenever you log in to the Website and by providing customised services adapted to your needs or (ii) allow BERGERAT MONNOYEUR SRL to carry out statistical studies with regard to the use of the Website by Internet users. By clicking the button
Manage options Manage services Manage vendors Read more about these purposes
Preference for all the services
{title} {title} {title}